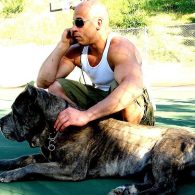 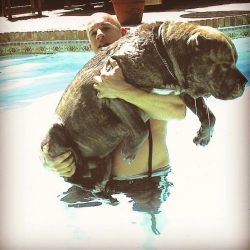 Vin Diesel aka Mark Vincent, born July 18, 1967, had humble beginnings in a New York theatre. He and several friends broke in with the intent to vandalize, caught by the creative director they were given scripts and an opportunity to perform instead of criminal charges.

Vin Diesel is notoriously private when it comes to his personal life. With three beautiful kids and a wife like Paloma Jiménez who can blame him for wanting to keep it all for himself? He is however, quite outspoken about his love for Dungeons and Dragons. Vin Diesel has a reported net worth of $100 million.