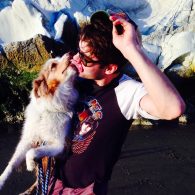 In 2012, Efron shared on Twitter that he got a Australian Shepherd puppy and named him “Puppy”. Sadly Puppy passed away in 2016, with Efron posting a nice tribute to him on his Instagram. 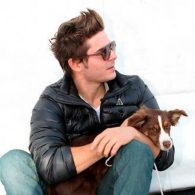 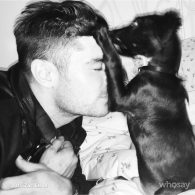 Chappelle is a dog Efron adopted while dating designer and model Sami Miro. 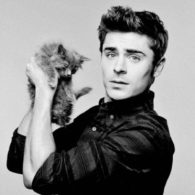 Efron has one kitty named Simon. 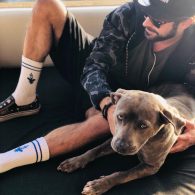 MACA is a pitbull adopted from Bark n’ Bitches in LA. She was scheduled to be euthanized when the rescue found her, fostering her out to Zac Efron shortly after. Efron fell in love and quickly adopted MACA. 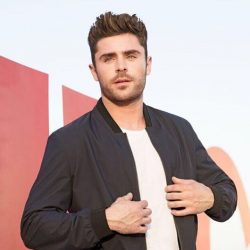 Zachary David Alexander “Zac” Efron is an American actor and singer born on October 118, 1987 and has an estimated net worth of $18 million. He began his acting career in the early 2000s with small roles on TV shows, such as ER, The Guardian, Firefly and Summerland. His breakout role came as a lead on the Disney Channel movie High School Musical in 2006 with co-star Vanessa Hudgens, along with two sequels. His next commercial success was in the 2009 comedy 17 Again with Matthew Perry.

In recent years, he’s been known for his comedic performances, starting with Neighbors in 2014 and its sequel, which also starred Seth Rogen and Chloe Grace Moretz. Next year he was in Dirty Grandpa with Robert De Niro and Aubrey Plaza. In 2016 he starred in Mike and Dave Need Wedding Dates with Plaza, Adam DeVine and Anna Kendrick. He is now set to star in the 2017 movie adaptation of Baywatch with Dwayne Johnson.