In 1994, Michael Jackson bought his famous Neverland ranch, where he used to have a private zoo that included animals such as an elephant, lions, tigers, orangutans, snakes, giraffes and much more. In the mid-2000s PETA filed complaints that the animals were being mistreated, but an inspection found no evidence to show this. MJ started relocating the animals to zoos and sanctuaries in the mid-2000s, approving where each one went. After his death, the remaining animals were also relocated. 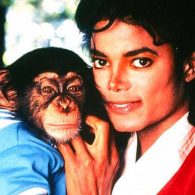 Bubbles was MJ’s most famous pet who he rescued from a cancer research clinic in 1985 at three years old. This chimp slept in a crib in Jackson’s bedroom and was allowed to use his bathroom. Bubbles was a performer as well and could dance and do the moonwalk. He would tour around the world with MJ and often appearing at events. When MJ’s son Prince Michael was born, Bubbles became a bit jealous and aggressive, so he was moved to an animal sanctuary.

At 34 years old, he spends his retirement at a private sanctuary in Wauchula, Florida. He shies away from the spotlight these days and isn’t a fan of being on camera anymore. He likes to spend his time painting and hanging out with his best chimp friend Ripley, who once appeared on an episode of Seinfeld. 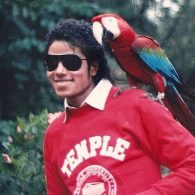 While MJ had many exotic birds, Rikki was a favorite of his and got to live in his mansion instead of his aviary. After his death, Rikki was sent to the Banjoko Wildlife Preserve in Arizona. 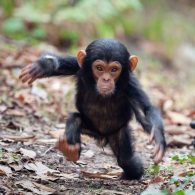 MJ had two orangutans and not much is known about them. He also had two other chimps that weren’t famous like Bubbles. One chimp called Max was mentioned in the press by a housekeeper for using MJ’s mansion walls as his toilet. It’s assumed they all were sent to sanctuaries. 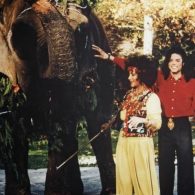 Gypsy was a gift from actress Elizabeth Taylor. One of MJ’s best friends, she got him this elephant to thank him for hosting her wedding at his Neverland ranch. The current whereabouts of this 5,000 pound Asian elephant are unknown. 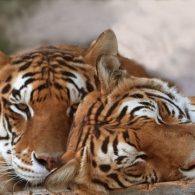 MJ got two tiger siblings as kittens in 1998 and named them Thriller and Sabu. They eventually were sent to Shambala Preserve, which is a big cat sanctuary in California run by celebrity Tippi Hedren. Sadly Thriller died of lung cancer at the age of 13 in June 2012. 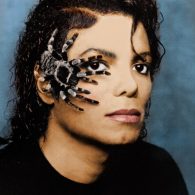 MJ admitted to loving spiders and had large enclosures with a variety of rare types. He once appeared limping at a trial in 2002, saying it was because he was bitten by one of his tarantulas. 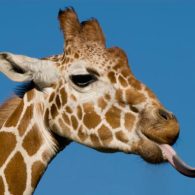 MJ had four giraffes in his zoo, which were sent to the Banjoko Wildlife Preserve in 2007. They were named Rambo, Princess, Jabbar Jr and Annie Sue. 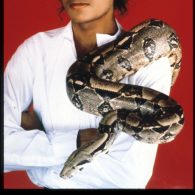 MJ had a collection of snakes, reptiles and crocodiles, with the most well-known being a boa constrictor named Muscles and a 18-foot albino python named Madonna. 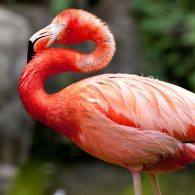 On Neverland ranch you could find 13 Chilean flamingos, who now live at the Cape May County Zoo in New Jersey. 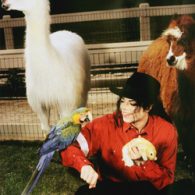 MJ had a variety of livestock as well, including a ram called Mr. Tibbs and llamas named louie and Lola, along with zebras and alpacas. 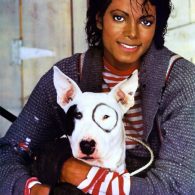 To top it off, Jackson of course had a pack of dogs on his ranch. The most famous was Large the bulldog who often appeared in photos with him. His other dogs were named, Sasha, Shadow, Spanky and Black Girl. 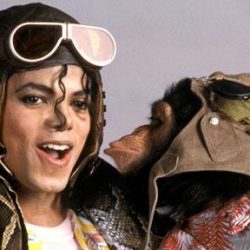 Michael Jackson lived from August 29, 1958 until June 25, 2009 and is considered one of the most famous and influential performing artists in modern history. He is also recognized by the Guinness World Records as the “Most Successful Entertainer of All Time”. He earned an estimated $750 million in his lifetime and even after his death, he is still one of the top-earning celebrities, pulling in $825 million in gross sales for 2016. Currently, his estate’s net worth is estimated to be around $600 million.

He started performing at the age of six with his brothers in the Jackson 5. Already famous, he launched his solo career in 1971. By the early 1980s, he was already one of the most famous people alive and dominated the pop music charts. His 1982 album Thriller, is considered the world’s best-selling album with sales over 65 million copies. It also broke a world record by winning eight Grammy Awards. He has sold an estimated 750 million albums total and won countless awards, include 26 American Music Awards and 13 Grammys total.

Through the 1990s and 2000, his health and legal issues received more press than his music. He was accused of child sexual abuse in 1993, which was settled out of court with no charges. He was again tried and acquitted of additional child sexual abuse charges in 2005. In the late 80s through the 90s, his skin appeared increasingly whiter, along with signs of cosmetic surgery. Mental health issues starting from his abusive childhood and famous public life were blamed, with a main cause later revealed to be him having the skin disorder vitiligo. Through the 90s it appeared Jackson had become dependent on prescription drugs, which was eventually linked to his death in July 2009. He has three children, with his daughter Paris Jackson being the most public of them.