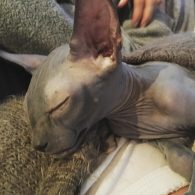 The season 20 champion of Dancing with the Stars adopted a baby Sphynx cat named Baby Icarus in 2016. The little hairless cat was spotted on her Instagram and Sphynx enthusiasts immediately jumped at the chance to get her to like their favorite cat-stagrams. 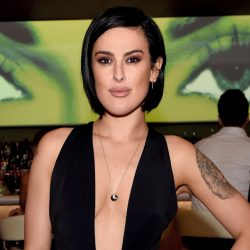 Rumer Willis, born August 16, 1988, is an American actress and singer. She is the daughter of Bruce Willis and Demi Moore. Rumer won season 20 of Dancing with the Stars and she had her Broadway debut in Chicago as Roxie Hart on September 21, 2015. She has also appeared in Striptease (1996). She has worked with her father twice: in The Whole Nine Yards in 2000 and Hostage in 2005.