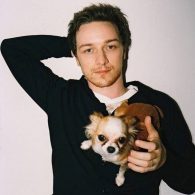 McAvoy has a cute long-haired chihuahua that modeled with him in a photoshoot, but we’re don’t know his name. 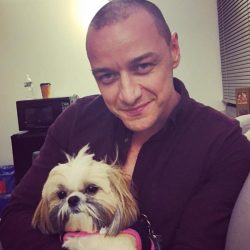 James McAvoy is a Scottish actor born on April 21, 1979 and has an estimated net worth of $17 million. He started his acting career in his teens, with mainly small TV roles through the late 1990s. In the early 2000s, he started getting roles in film and theater productions. His breakout performance came in 2006 with The Last King of Scotland, which earned him several award nominations. The next year his performance in Atonement earned him a Golden Globe and BAFTA nomination. In 2008, he starred in his first major Hollywood blockbuster titled Wanted, playing opposite Angelina Jolie. His most iconic role has been playing the young Charles Xavier (Professor X) in the X-Men movie series, with Patrick Stewart playing the older Xavier. His most recent starring role is in M. Night Shyamalan’s Split (2017).