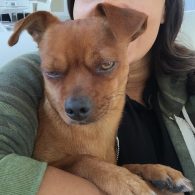 Lucky lives a lucky celebrity life of Luda’s pet with over 19,000 Instagram followers. 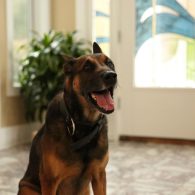 Ludacris has two Belgian Malinois dogs, who are cute and also his highly trained security pooches. 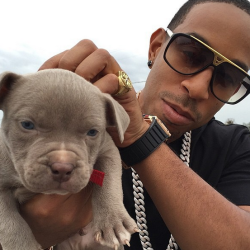 Christopher Brian “Chris” Bridges is an American rapper and actor born on September 11, 1977. Better known as Ludacris, he has an estimated net worth of $31 million. After a low-selling debut album, Ludacris released his major label debut Back for the First Time in 2000 which hit #4 on the Billboard 200. He then released Word of Mouf in 2001 and Chicken-n-Beer in 2003, which included the singles “Move Bitch”, “Area Codes” and “Stand Up”, making him one of the most popular rappers at the time.

He was also able to successfully launch a career in acting in the early 2000s. In 2003 he was part of the leading cast of 2 Fast 2 Furious with Paul Walker, Michelle Rodriguez, Tyrese Gibson, and Vin Diesel. This became his most iconic role, with him returning for three more Fast films so far.