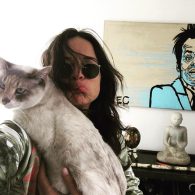 Michelle loves all animals but as she said in an interview that she loves animals who love freedom. She loves freedom, a life without any kind of restriction. Coco became the cat she wanted and thereafter her love for felines increased. She also says that whenever she feels sad coco always manages to make her smile no matter what. 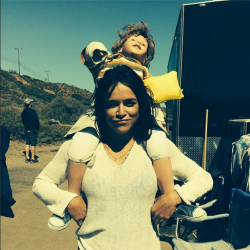 Mayte Michelle Rodriguez, is an American actress, screenwriter, and DJ. Her breakout role was as a troubled boxer in the independent film Girlfight, which was met with critical acclaim and earned her several awards, including the Independent Spirit Award and Gotham Award for Best Debut Performance. The following year, she starred as Letty Ortiz in the blockbuster film The Fast and the Furious, reprising her role in its sequels Fast & Furious, Fast & Furious 6, and Furious 7. Michelle Rodriguez has a reported net worth of $30 million.