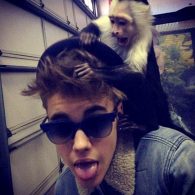 OG Mally was a baby capuchin monkey that Bieber got as a present from music producer Jamal “Mally Mall” Rashid in early 2013. This led to controversy when he brought him to a concert in Germany without any paperwork, where the monkey was taken in by the authorities. Mally was held there for weeks for Bieber to provide the proper paperwork, which he never did. This led to rumors the monkey was bought on the black market. Mally went on to live at the Hodenhagen Serengeti Wildlife Park. During Bieber’s Comedy Central Roast, he brought out a capuchin claiming it was Mally, but was later found out it was an actor monkey posed as him. 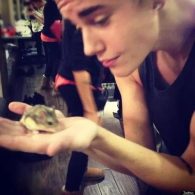 Pac was Bieber’s pet hamster for only a few months in 2012, before he gave him away to a fan at a concert. He was then accused of animal cruelty by the Californian Hamster Association because of the stressful environment and situation where he gave him away. 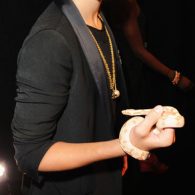 Johnson was first spotted wrapped around Bieber’s wrist at the 2011 MTV Video Music Awards. Soon after he was auctioned off for charity and went on to live at the Reptile and Amphibian Discovery Zoo in Minnesota. 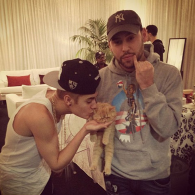 Tuts is a ginger cat Justin got in 2013. His popularity also led to his own parody Twitter account. 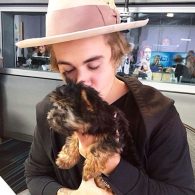 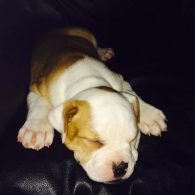 Karma was a Christmas present for Bieber in 2013. This was until Karma bit Justin’s younger brother Jaxon, which led to his father Jeremy allegedly throwing the puppy off a second-floor balcony into a snowbank. The Bieber’s then gave Karma to trainer Trevor Dvernichuk. 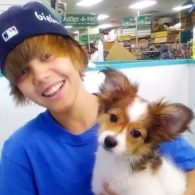 Sammy was Bieber’s first rescue dog and sadly passed away in December 2014. He was known to live with his grandparents when he was on tour. 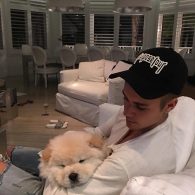 Bieber revealed his latest pet, a fluffy chow puppy, through his very own Instagram account @ToddTheStud (The channel looks like it has been deleted and recreated by a third party). He was featured in a Cribs-like interview with BBC Radio 1, there were some rumors that the famous pop star had somehow lost the adorable puppy after posting about his on his social media accounts. Because of Bieber’s busy schedule, Todd was given to C.J. Salvador, who is one of his dancers. Todd made headlines again in early 2017, with news that he was born with severe hip dysplasia and would affect his ability to walk as he grows older. To fix this condition, corrective surgery is needed that would cost $8,000. Salvador was able to raise enough money for it, thanks to 90 donors contributing to the cost, including Jaden Smith. 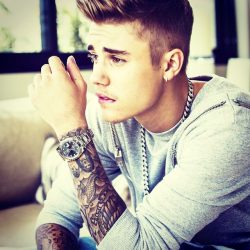 Justin Bieber is a Canadian musician who was born March 1, 1994 and has an estimated net worth of $225 million. He was discovered through his videos on YouTube in 2008 and was signed the next year by RBMG Records, founded by R&B artist Usher and prominent talent manager Scooter Braun. After his 2010 debut album, My World went platinum in the United States, Canada and the UK, he’s gone on to dominate the pop music scene with three more Platinum albums, ultra-successful world tours and multiple awards.