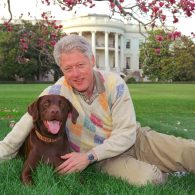 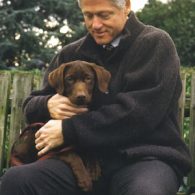 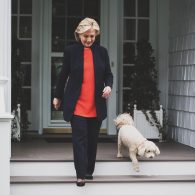 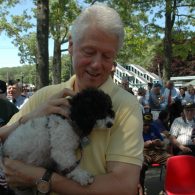 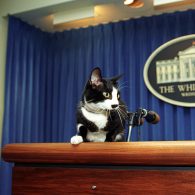 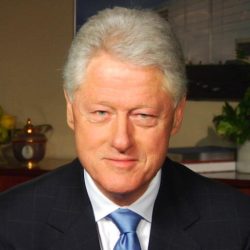 Bill Clinton was born August 19, 1946 in Arkansas and has a estimated net worth of $80 million. He is known for serving two terms as the 42nd President of the United States from 1993 to 2001. Prior to becoming president, he served as the Attorney General of Arkansas from 1977 to 1979 and as the Governor of Arkansas from 1983 until 1992. He married Hillary Clinton in 1975, who later became a U.S. senator and the democratic nominee for president, losing to Donald Trump in 2016. After his presidency, he continued to be a public figure by founding charities, fundraising and giving speeches.