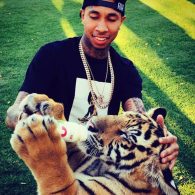 Back in April 2014, Tyga had his pet tiger, Maverick, was taken by authorities. California Wildlife officers placed the 7-month-old tiger at a private animal shelter after seeing a post of the cat on Instagram. In the past few months, the shelter has been seeking help to support the now 500lb animal. The responsibility of the tiger belongs with the shelter, and Tyga is unwilling to help. It costs more than $10,000 a year to feed Maverick as well as vet costs, flea control, and general maintenance. The shelter replies on donations to cover the costs. 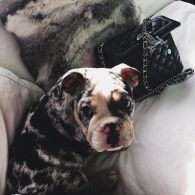 In September 2015, Kylie Jenner and Tyga, boyfriend at the time, received an extravagant gift. It was an English Bulldog puppy named Rolly. The puppy came from Shrinkabulls.com which is known for providing celebrities with unique and very expensive breeds. Dogs from Shrinkabulls.com fall in the price range between $3,000 to $30,000 each. Later that year, Kylie reported that the dog did not belong to her. It looks like the initial posts may have been from a short term visit. 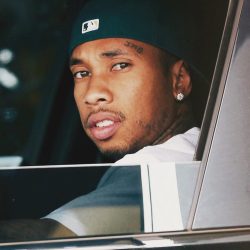