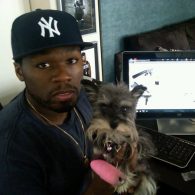 50 Cent originally named his female Schnauzer after Oprah as an insult because he used to have beef with Oprah in the 2000s over his controversial lyrics. In 2012, 50 Cent was interviewed by Oprah, who questioned him over why he named his dog after her. In the interview, Oprah said she takes it as a compliment either way, with 50 Cent saying he’s now a fan of hers. Oprah the dog also joined Twitter in 2010, gaining 7,000 followers in the first day. 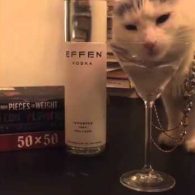 50 Cent’s cat was named Gayle, after Oprah’s best friend. Gayle the cat was featured in a 2015 Instagram video by 50 Cent, which appeared to show Gayle sipping Effen vodka out of a martini glass. After some internet outrage, he admitted it was just water in the glass. 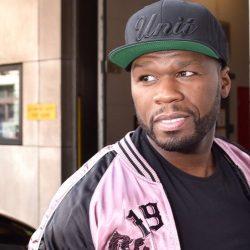 Curtis James Jackson III, better known as 50 Cent, is an American rapper, actor and entrepreneur born July 6, 1975. Through his musical, entrepreneurial and investment ventures, he was previously estimated to have a net worth of $150 million in the early 2010s. In 2015, he declared bankruptcy due to a lawsuit and was forced to admit to having a net worth around $4 million.

Following dealing drugs as a teenager, 50 Cent went on to pursue a career in hip hop. He couldn’t fully escape his previous life and was shot 9 times in 2000, but was still able to release a well-received mixtape in 2002 called Guess Who’s Back?. This got the attention of Eminem and Dr. Dre, who then signed him to their record labels. Under Dr. Dre’s production, 50 Cent released Get Rich or Die Tryin’, which debuted at number one on the Billboard 200, going on to sell over 8 million copies. This cemented him as one of the most popular rappers of the early 2000s. He followed up with four albums over the next 12 years.

50 Cent also became well known for his business ventures, including his own music and clothing labels under his G-Unit brand name. His biggest business partnership was with Glaceau, the company who invented Vitamin Water. This partnership gave him a minority share in the Glaceau, which was then bought by Coca-Cola in 2007 for $4.1 billion. This deal was estimated to have earned him $100 million after taxes.