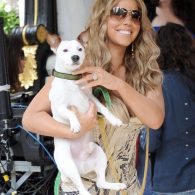 One of Mariah’s pack of eight Jack Russells, which she once admitted to spending $35,000 a year on spa treatments for them all. She had also sent the pack on private jet from NYC to London for a vacation at a luxury dog hotel. 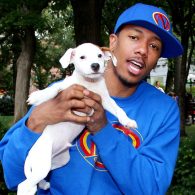 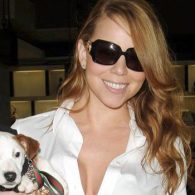 Jackie is the said to be the father to Cha’s two pups. 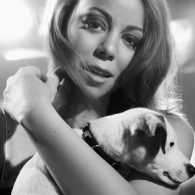 JJ is another member of Mariah’s Jack Russell pack. She said she has always had jack russells since she was a child and that most of her pack come from rescue shelters. Now living a life of luxury, her dogs have staff looking after them, along with a chef to prepare their food. JJ also appeared in a video promoting Mariah’s 2008 album E=MC². 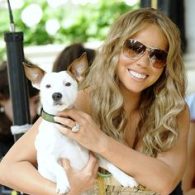 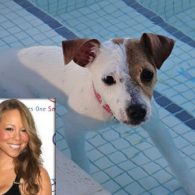 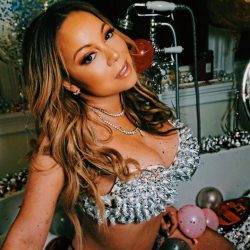 Mariah Carey has been known as the “Songbird Supreme” and also the “Queen of Christmas.” She’s an avid advocate for animal adoption. Mariah Carey is known to love Jack Russel Terriers. Her debut album skyrocketed Carey to fame in 1990. She was the first artist to have her first five singles reach number one on the Billboard Hot 100 and has had many, many awards since, including five Grammy’s and nineteen World Music Awards. Carey has been named an ‘Angel for Animals’ by PETA

Carey has a lot of dogs — and she spares no expense on them. She once spent roughly $26,600 CA for her dogs to enjoy a vacation at The Paw Seasons, a luxury pet hotel in England. Flying her Jack Russel’s across the Atlantic cost the singer another $185,000 for a chartered private jet. Mariah Carey’s dogs lucked out when she was their rescuer!

Mariah Carey is considered one of the most successful recording artists of all time, earning her an estimated net worth of $520 million. She became instantly famous with her self-titled debut album in 1990, which included 4 hit singles and sold over 15 million copies worldwide. Between 1990 and 1998 she released 6 highly successful albums, which led to the World Music Awards naming her the world’s best-selling recording artist of the 1990s.

In 2000, she left Columbia Music as their highest selling act, to sign a record-breaking $100 million contract with Virgin Records. The stress from fame and her work, including the movie Glitter, led to her being hospitalized for severe exhaustion. After several less active years, she returned to the spotlight with The Emancipation of Mimi, which became the best selling album in the United States for 2005 and has released several albums since.

She has also been known in recent years for her marriage and public divorce from Nick Cannon. While their net worths were left out due to a prenuptial agreement, their divorce led to a custody dispute over their eight dogs.

Britney Spears’ collaborations includes amazing works with some of the most influential artists in the world.

Mariah Carey and Busta Rhymes – I Know What You Want: The song is a duet with American singer Mariah Carey, and was co-written by Rah Digga, Rampage, Rick Rock and Spliff Star. It also includes a rap from Rhymes’ group, the Flipmode Squad: Spliff Star, Baby Sham, Rah Digga, and Rampage. Released as the second single from It Ain’t Safe No More on March 17, 2003, it was a hit across the world, peaking at number 3 in the United States, Australia, and the United Kingdom. Listen to the Song.

Mariah Carey & Ol’ Dirty Bastard – Fantasy: The song was written by Carey and Dave Hall, both serving as primary producers alongside Sean Combs. Fantasy became a global success, topping the charts in Australia, Canada, New Zealand, and the United States, and reaching the top-ten in thirteen countries. In the US, “Fantasy” became the first song by a female artist, and second overall to debut atop the Billboard Hot 100, topping the chart for eight consecutive weeks. Additionally, it became Carey’s ninth number one on the chart. Listen to the Song.

Mariah Carey & Puff Daddy, Ma$e and The Lox – Honey: Honey was released as the lead single from Butterfly on July 29, 1997, by Columbia Records. The song was written and produced by Carey, Sean Combs, Kamaal “Q-Tip” Fareed and Steven “Stevie J” Jordan. The song was nominated in two categories at the 40th Annual Grammy Awards, for Best Female R&B Vocal Performance and Best R&B Song. Listen to the Song.

Mariah Carey & Miguel – #Beautiful: Released on May 6, 2013, Carey and Miguel did not reveal that they had collaborated on the song, until April 25, 2013, when Carey revealed the title in a 25-second teaser video during season twelve of American Idol. After garnering an audience impression of 31 million in its first two days of radio airplay, the song debuted at number 44 on the US Radio Songs chart. Listen to the Song.

Mariah Carey – Always Be My Baby: The song was written and produced by Carey, Jermaine Dupri and Manuel Seal. “Always Be My Baby” was acclaimed by music critics and was a commercial success, becoming Carey’s eleventh chart topper on the US Billboard Hot 100, tying her with Madonna and Whitney Houston for most number-one singles by a female artist at the time. Listen to the Song. 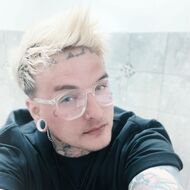 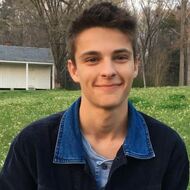 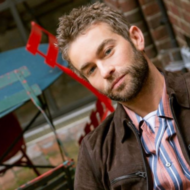 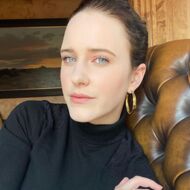 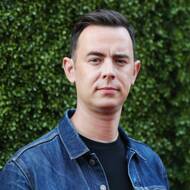