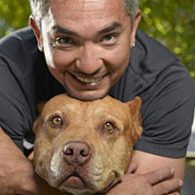 Daddy (1994 ‒ February 19, 2010) was an American Pit Bull Terrier that worked directly with Cesar Millan as a trainer and also on his show, Dog Whisperer. “Daddy became known for his calm temperament, tolerance for smaller dogs and capacity for empathy”. Daddy’s main role on the show was to rehabilitate dogs as well as serve as a role model for dogs associated with aggressiveness.

Daddy had been with Millan since he was 4 months old. His previous owner, rapper Redman, asked Millan to care for him. After more than a decade of working together, Daddy selected Junior to be his protégé. 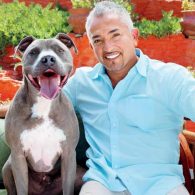 Junior was adopted by Cesar Millan as his former Pit Bull, Daddy, began to slow down. Daddy was a partner on Cesar’s popular show Dog Whisperer, and helped rehabilitate dogs on the series. As Daddy began to slow down, Cesar began looking for a protégé for Daddy and found Junior. When he’s not travelling or on stage, Junior can be found at Cesar’s side along with his family and his pack: Coco, Taco, and Alfie. 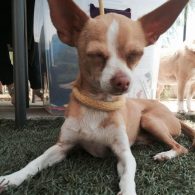 Much like other small dogs, Cesar’s tiny Chihuahua Taco is infamous for instigating riots among the larger dogs, like the Pit Bull Junior. Luckily his dad happens to be a world renounce trainer who can help him stay out of trouble. 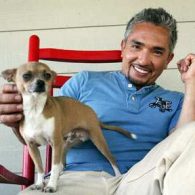 Coco is a Chihuahua cared for by Cesar Millan 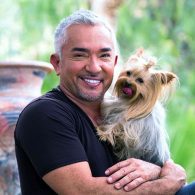 Alfie is a small Shih Tzu cared for by Cesar Millan 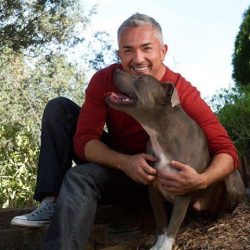 Cesar Millan, born August 27, 1969, is a Mexican-American dog behaviorist known for his hit television series Dog Whisperer with Cesar Millan. The TV series has been broadcast in eighty countries worldwide from 2004 to 2012. Cesar’s focus has been on rehabilitating aggressive dogs with the help of his own Pit Bull Junior. Prior to Junior, Cesar had an older Pit Bill named Daddy that supported him on the show.