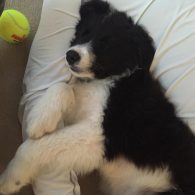 Tiger added Bugs to his dog pack for Christmas 2015. 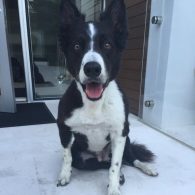 Tiger got Taz in 2006. In 2015 Taz had to get ACL reconstruction on both his back legs, but recovered fine. 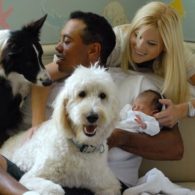 Eldrick Tont “Tiger” Woods is an American professional golfer who was born on December 30, 1975. He is one of the highest-paid athletes in the world and is considered one of the best golfers of all time, earning him an estimated net worth of $740 million. Introduced to golf by his father at age 2, he immediately showed amazing talent. At age three, he was impressive enough to putt against comedian Bob Hope on a TV talk show.

He continued to dominate in competitive golf as he grew up and turned pro at 20 years old. A year later he won his first major with the 1997 Masters and was ranked number 1 in the world rankings. He was ranked number 1 for almost the entire 2000s, except for a nine month period. The early 2010s saw his marital problems with Elin Nordegren become public and lead to their divorce, which affected his golf performance. He recovered to winning form, but since a back surgery in 2014, he has slipped out of the top 100 ranking. In May 2017, he made headlines for being arrested for driving under the influence.