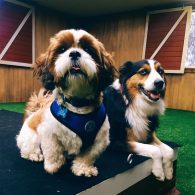 Hudson has two rescue pups with Cody the Australian Shepherd and Walter the Shihszu. You can spot both on her Instagram quite often. 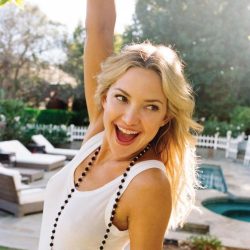 Kate Hudson is an American actress born on April 19, 1979 who has an estimated net worth of $38 million. Her parents Goldie Hawn and Bill Hudson are both actors, with Kate starting her joining the industry in her late teens. After a few movie roles in the late 1990s, her fourth role starring in Almost Famous (2000) established her as an A-list actress. It won her a Golden Globe Award for Best Supporting Actress, as well as an Oscar nomination for Best Supporting Actress. Her next big hit was How to Lose a Guy in 10 Days (2003), playing opposite to Matthew McConaughey. Most recently she has starred in Mother’s Day with Jennifer Aniston and Julia Roberts and Deepwater Horizon with Mark Wahlberg, both released in 2016. She is also known for her fitness brand Fabletics.