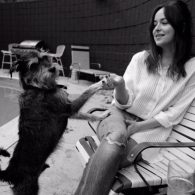 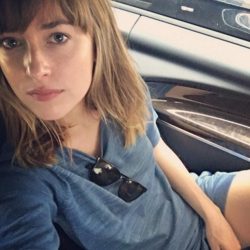 Dakota Mayi Johnson is an American actress and model born on October 4, 1989, who has an estimated net worth of $5 million. She is best known for starring as Anastasia Steele in the film Fifty Shades of Grey (2015). She started acting at age 10 and modelling at 11, in part due to her famous actor parents Don Johnson and Melanie Griffith. Her first acting role was in Crazy in Alabama (1999) where she played alongside real life half-sister Stella Banderas and directed by her then-stepfather Antonio Banderas. Her modelling career started in 2001 after appearing in Teen Vogue with other children of celebrities.

Her acting career took off after high school with roles in The Social Network (2010), 21 Jump Street (2012) and The Five-Year Engagement (2012) with Jason Segel, Emily Blunt, Alison Brie and Chris Pratt. In 2015 she landed her biggest leading role in Fifty Shades of Grey, starring opposite Jamie Dornan and based on the best-selling book of the same name. She returned to the role in First Shades Darker (2017) and will again in Fifty Shades Freed.