Puddy is an English bulldog that belongs to John Legend and Chrissy Teigen. Most recently Puddy has been enjoying some pampering after getting married to Pippa, their French bulldog. The newlyweds have been attending private photoshoots, charities, and a serenade by John Legend (also at the charity event). 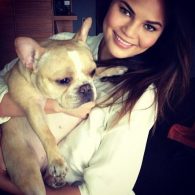 Frequent playdates, the occasional wedding, and long walks on the beach sum up Pippa Teigen’s life. Pippa is Chrissy Teigen’s French bulldog. The Twitter has been inactive since 2011 but you can see the various moods Pippa was experiencing by the hour. In more recent news, Pippa got married to John Legend’s dog Puddy. 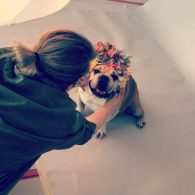 Puey is a bulldog owned by John Legend and Chrissy Teigen. 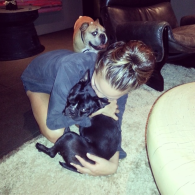 Penny is a rescued three-legged black French bulldog that belongs to John Legend and Chrissy Teigen. While on an East Coast tour, John Legend found Penny and flew the puppy to Los Angeles. Along with Penny, the also have Puddy, an English bulldog, Puey, a bulldog, and Pippa, a French bulldog.

Chrissy Teigen, born November 30, 1985, is an American model. She is best known for her debut on the cover of Sports Illustrated Swimsuit Issue in 2010 with Nina Agdal and Lily Aldridge. She is represented worldwide by IMG Models in New York. Chrissy Teigen is married to John Legend. 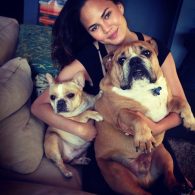 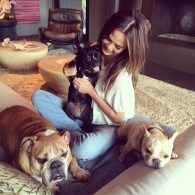 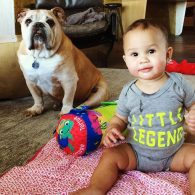 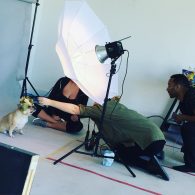 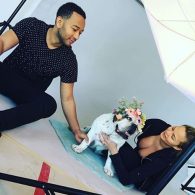