Two days from being put to sleep, Clementine, was given a second chance. And it lead to the most amazing transformation. Elizabeth Cossairt saw her photo online after Clementine had been captured by animal control roaming the streets of Southern California.

Elizabeth submitted an application and immediately received a call from a rescue.

“The person at Ginger’s Pet Rescue was floored and in tears that we were interested in her,” Cossairt told The Dodo. “She told us that of the hundreds of applications they’d received for dogs in the previous few weeks, not one had been for Clementine.”

“Clementine was absolutely terrified of people and wouldn’t look anyone in the eyes,” Cossairt said. “She shook all the time, hid behind furniture and sat facing the wall for months.”

“She had defeated, empty eyes,” she added. “She never looked at our faces and she bowed her head whenever we walked over to her or near her.”

But Clementine did trust other dogs, and immediately found new friends with her new furry friends, Moose and Maple. “She sought comfort in being near them and traveling with them as a pack around the house or yard,” Cossairt said.

After seven months, Clementine started to look at humans, and shortly after, found trust in them.

“She loves to look deeply into our eyes while we pet her, and she’s very attentive when we’re talking to her,” Cossairt said. “She’s still wary of new people and sometimes even gets spooked by us if we move too quickly or come up behind her, but she’s come so far.”

Over time, Clementine has become a whole new dog — she is of curiosity and excitement. It’s like she’s experiencing what being a puppy is for the first time.

Clementine has come a long way since coming home that she’s hardly recognizable when compared to first joining the pack.

“She’s so sweet and such a gentle girl,” Cossairt said. “We could tell very early on that she just wants to love and be loved in return. She’s loyal and protective of us, and she follows us around everywhere.” 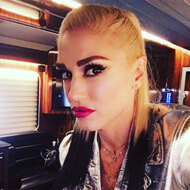 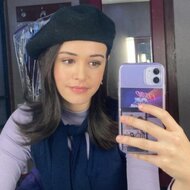