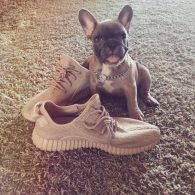 Yeezy, name after Kanye West’s popular shoe brand, was adopted by Ryan Lochte in May of 2016. Posted shortly before the 2016 Olympics in Rio, fans quickly shared the photo in anticipation of the event. 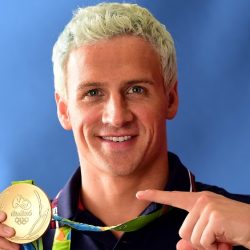 Ryan Lochtes, August 3, 1984, is a 12-time Olympic medalist. Made famous by his record as an Olympian, Lochte found infamy when he falsely claimed that he and three other American swimmers were robbed by gunpoint at the 2016 Summer Olympics in Rio. The backlash cost him large sponsorships including as Speedo, Airweave, and Ralph Lauren.