After searching high and low, our team has not found any pets that Lauren Daigle has adopted. Please let us know if you she has any adopted furry friends. 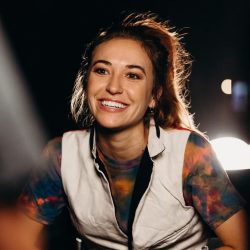 Lauren Daigle, born September 9, 1991, is a Christian music singer and songwriter signed to the label Centricity Music. She released her debut album, How Can It Be, in 2015 and it reached No. 1 on the Billboard Top Christian Albums chart, has been certified Platinum by the RIAA and produced three No. 1 singles on the Billboard Christian Airplay chart (“First”, “Trust in You”, and “O’Lord”).

In addition her music success, she has won two Grammy Awards and seven GMA Dove Awards, five Billboard Music Awards, two American Music Awards, and has had four No. 1 singles on both the Billboard Christian Airplay and Hot Christian Songs chart.