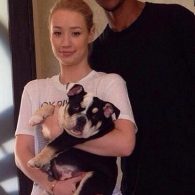 Shrinkabull Jam Don't Shake Like That Jelli aka Jelli

Jelli, officially named “Shrinkabull jam don’t shake like that Jelli”, is a bull dog adopted by Iggy Azalea around June 2014. Jelli was first introduced to Iggy’s fans on Twitter. A number of photos of the young pup can be found on Iggy’s Instagram @thenewclassic. 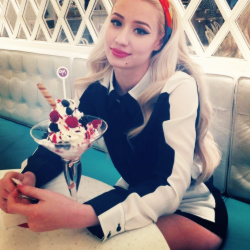 Iggy Azalea, born June 7, 1990, is an Australian rapper, singer, actress, and model. Born in Sydney, Iggy moved to the United States at the age of 16 to pursue a career in hip hop music. She earned public recognition after releasing YouTube music videos for her songs “Pu$$y” and “Two Times”. She signed a record contract with T.I.’s imprint Grand Hustle Records in 2012, after gaining attention from her debut mixtape Ignorant Art. Iggy’s debut studio album, The New Classic (2014), peaked among the top five of several charts worldwide. 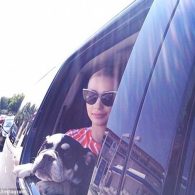 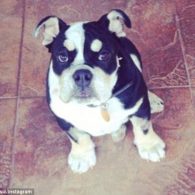 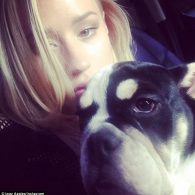 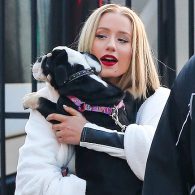