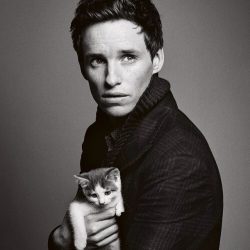 Edward John David “Eddie” Redmayne is an English actor born January 6, 1982 and has an estimated net worth of $4 million. He started his acting career in theater with his stage debut in Twelfth Night in 2002. His next performance in The Goat, or Who is Sylvia? In 2004 earned him an Outstanding Newcomer and Best Newcomer awards for theater. His 2009 role in the play Red earned him an Olivier Award for best supporting actor. The next year he went on to win a Tony Award for Best Performance for the same role.

In the 2000s he also acted in a range of film roles, including The Good Shepherd (2006), The Other Boleyn Girl (2008) and Black Death (2010). In 2014 he played Stephen Hawking in The Theory of Everything with Felicity Jones playing his wife. This role won him an Academy Award, Golden Globe, BAFTA and SAG award. The next year he starred in The Danish Girl with Alicia Vikander, which earned him an Academy Award. Most recently he starred in Fantastic Beasts and Where to Find Them, based on the Harry Potter series by J.K. Rowling.