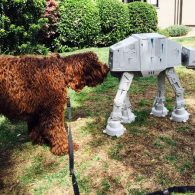 Adam Scott has a chocolate labradoodle that’s also a fan of Star Wars. 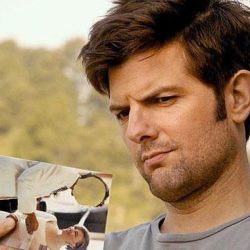 Adam Paul Scott is an American actor and comedian born on April 3, 1973 who has an estimated net worth of $2 million. He’s best known for playing Ben Wyatt on the TV series Parks and Recreation from 2009 to 2015. His acting career started with many small roles in films and on TV from the mid-1990s through the mid-2000s. This included TV shows such as Boy Meets World, ER, Part of Five and Wasteland. In the mid-2000s, he started to appear in comedy films, such as Knocked Up and Step Brothers. His breakout role came as part of the lead cast of Parks and Recreation, with co-stars Amy Poehler, Rashida Jones, Aziz Ansari, Nick Offerman, Aubrey Plaza, Chris Pratt and Rob Lowe.