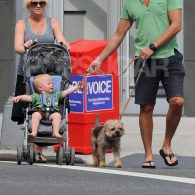 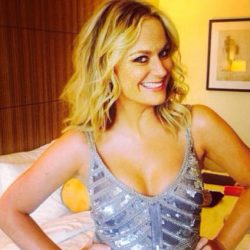 Amy Meredith Poehler is an American actress, comedian, writer and producer born on September 16, 1971 who has an estimated net worth of $25 million. She is best known for starring the TV series Parks and Recreation. Her career in comedy started in college as part of a improv comedy troupe. She graduated with a bachelor’s degree in media and communications in 1993, then went on to study improv at Second City with her friend Tina Fey. She became the co-founder of the improv group Upright Citizens Brigade, which led to a sketch comedy series in 1998 on Comedy Central.

After it was cancelled, she joined the cast of Saturday Night Live in 2001. From 2009 until 2015, she led the cast of Park and Rec with co-stars Rashida Jones, Aziz Ansari, Nick Offerman, Aubrey Plaza, Chris Pratt, Adam Scott and Rob Lowe. She is also known for her marriage to actor Will Arnett, which lasted from 2003 until 2016 and they had two sons.

Poehler partnered with the ASPCA for a web series called “Heavy Petting” that showcased rescued pets and promoted adoption (which she described as Tinder for pets). She brought in various actors and comedians to play the voices of the pets up for adoption, such as her Parks and Rec co-stars.