Odorless, colorless, and tasteless: high-concentrates of carbon monoxide can poison you within five minutes.

If it wasn’t for their rescue cat Mr. Boo, the Kecskes family could have succumbed to carbon monoxide poisoning due to an issue with their gas boiler. The family cat had been adopted seven years ago and was notoriously quiet. When he started meowing early Tuesday morning, Ariana knew something must be wrong. 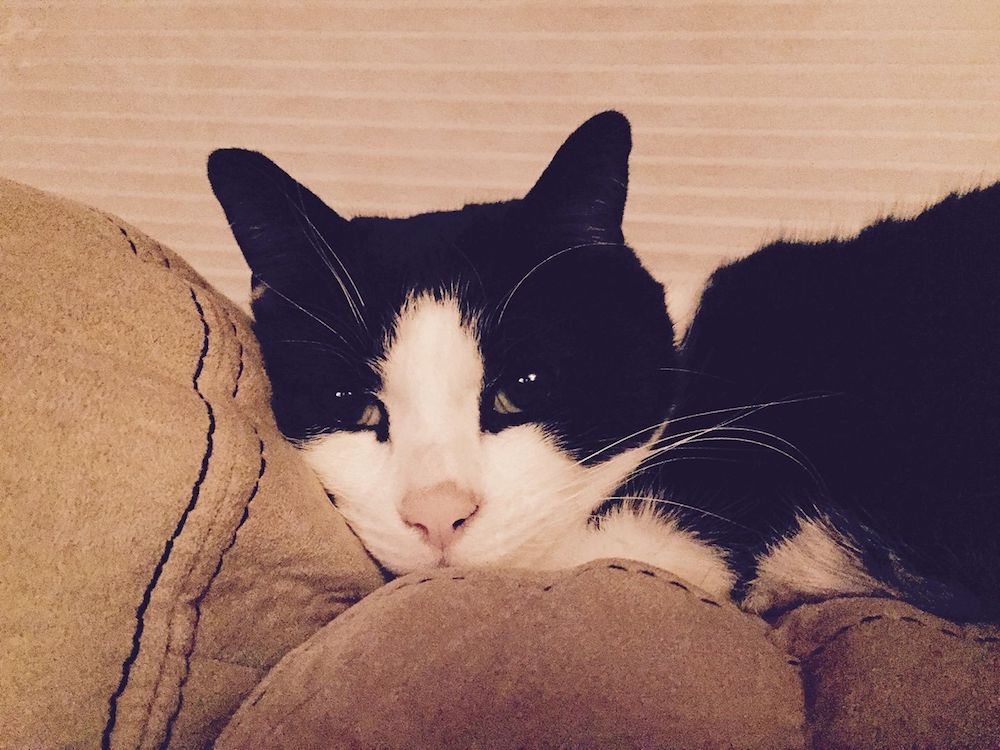 “I woke up to my cat meowing. He never meows. He usually just squeaks or doesn’t meow at all. It’s actually kind of a joke in our family,” Ariana Kecskes told local news WKRC.

The rescue kitty was rushing up and down the hallway, trying to alert the whole family. Mr. Boo was passing out in between meows from the carbon monoxide. The family’s other cat, Gary, was reviving him.

Firefighters told the family they were minutes away from dying. Ariana passed out in the hallway on her way out the house but was carried out by her father and brother, while her mother grabbed Mr. Boo and brought him outside.

“It’s like he’s been waiting his whole life to do this one heroic thing,” Ariana adds.

The four family members were sick with CO poisoning and hospitalized but, thanks to Mr. Boo, are going to be okay. The kitty received a Heroic Cat Award from PETA. The non-profit is sending Mr. Boo a framed certificate, a set of catnip toys, and vegan treats for him and his bro Gary.

For more hero animals, check out this hero dog who saved his family from a house fire.