The Queen of Mean, billionaire Leona Helmsley, bequeathed the bulk of her fortune to her beloved dog, cutting out two of her grandchildren completely. In the 1990s Helmsley was sentenced to sixteen years in a federal penitentiary for tax evasion resulting in $1.7 million, however she served only 19 months of her sentence. She was quoted saying “we don’t pay taxes. Only the little people pay taxes” amidst other, equally as unethical quips. But, in a world where the rich can’t always escape cruel irony, the judge ordered her sentence to start on April 15th, the deadline for filing tax returns.

She lived the remainder of her life out as a bitter and isolated woman. As a final f**k-you to the human species, Helmsley left most of her estate (estimated at over $4 billion) to a charity with specific instructions on where the money should be allocated – to benefit dogs. The courts ruled, however that the trust had no legal obligation to honour Helmsley’s request.

She left $12 million to Trouble and cut out two of her grandchildren completely, allegedly for not naming their children after her late husband. Fortunately, a judge ruled that Leona Helmsley’s will was ludicrous and stated she was mentally unstable; the courts gave Trouble $2 million and Helmsley’s snubbed grandkids were each allocated $3 million, with the rest to charity.

Helmsley also left millions to her brother, Alvin Rosenthal, who was tasked by Leona with Trouble’s wellbeing. When a dog is left millions in a will, someone is named their caretaker and often that caretaker will have another person who ensures the funds are used appropriately. When he refused to take care of the Maltese, Trouble was flown by private jet to Florida.

Trouble had round-the-clock care at the Helmsley Sandcastle hotel in Sarasota. Her caretaker spent over $100,000 annually on her care; including $8,000 for grooming and over $1,000 on dog food. She had a full time security guard after over 20 kidnapping and death threats were made. Trouble died after leading a life of luxury in December of 2010.

For a woman who would scream at her colleagues, force waiters to beg for their jobs on hands and knees and was generally an incredibly awful person, she sure was good to that dog. 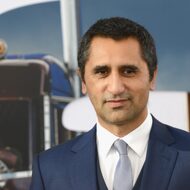 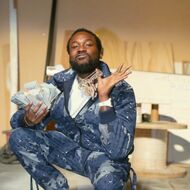 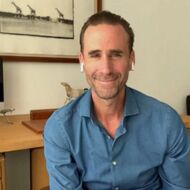