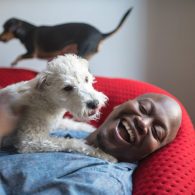 Hanz is a fluffy white rescue from the ASPCA. Burgess admits Hanz loves to party. Burgess has tried to stage an intervention with his other pup, Micah but Hanz does what Hanz likes. 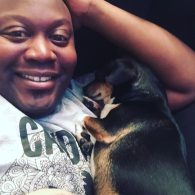 Micah appears to be a Chihuahua/Dachshund mix. He lives in Harlem with his dads, Tituss Burgess and Pablo Salinas, and step-brother Hanz. 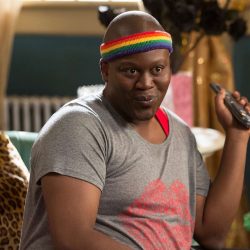 Tituss Burgess (born February 21, 1979) is an American actor and singer. He lives in Harlem with his partner, Pablo Salinas. Burgess has appeared in four Broadway musicals including The Little Mermaid (2008) and Guys and Dolls (2009). He is a main cast member on the Netflix original series Unbreakable Kimmy Schmidt, for which he received nominations for the Primetime Emmy Award for Outstanding Supporting Actor in a Comedy Series in 2015, 2016 and 2017.