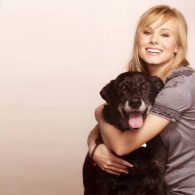 Dax Randall Shepard is an American actor and filmmaker born January 2, 1975 and has an estimated net worth of $12 million. He’s best known for his comedic roles in movies such as Without a Paddle (2004), Employee of the Month (2006), Let’s Go to Prison (2006) and Idiocracy (2006). His biggest TV role was in Parenthood, which ran from 2010 to 2015. Before this, his first big break came working with Ashton Kutcher on the MTV reality show Punk’d in 2003. Most recently he wrote, directed and starred in CHiPS (2017) which costarred Michael Pena. He’s also known for his marriage to actress Kristen Bell.