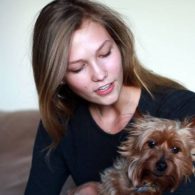 The Kloss’ are known for being a dog-friendly family and there’s no exception when it comes to Joe the Yorkie. Karlie dotes over her dog, blow drying her pups long blonde locks post tub. 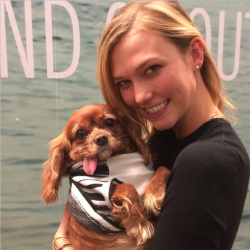 The 6’2” supermodel has modeled for many successful designers including Dior and Victoria’s Secret. She is an avid computer programmer and supports a scholarship program called Kode with Karlie intended for young girls interested in computer science. Karlie also makes an appearance in BFF Taylor Swift’s Bad Blood music video. Karlie Kloss has a reported net worth of $15 million dollars.