Tigers are the largest member of the cat family and make beautiful, but potentially deadly, pets. Celebrities have a soft spot for these animals and have been known to adopt them as companions. While owning a tiger is legal in some states, it’s definitely not advisable. Despite this, more than a few celebrities have taken on the challenge of caring for these big cats. 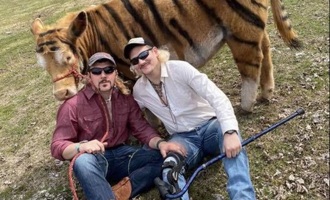 Netflix’s hit documentary series Tiger King was filled with larger-than-life characters such as the Tiger King himself Joe Exotic and his nemesis Carole f**king Baskin. The show and its stars inspired a million memes and parodies. Via Jeffery Kast / Facebook Two friends took it to the next level by staging their own Tiger King themed-photoshoot on their farm in Wisconsin. 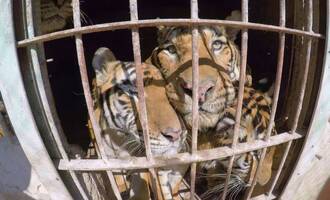 Five circus tigers finally get to hang up their stripes. The laws in the EU regarding circus animals have been getting more strict. Right now, 23 European Union Member States, including Ireland, Scotland, and England in the U.K., “have introduced or announced a ban or severe restriction of wild animals in circuses,” according to the Animal Advocacy and Protection’s press release. 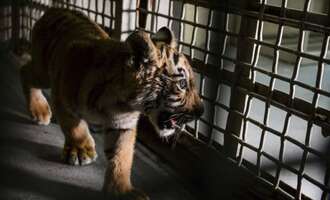 USA border patrol agents had an unexpected surprise upon finding an abandoned duffel bag. Agents at the US – Mexico border found a tiger cub stuffed into an abandoned duffle bag. The Brownsville agents were stationed close to the Rio Grande River when they saw three people suspiciously ditch a black duffle bag before high-tailing it back to Mexico.

Large albino cats are extremely rare, with around 300 white lions and 1,200 white tigers estimated to exist. Ligers, the offspring of a male lion and a female tiger, are also extremely rare and almost never happened outside of captivity. Ligers usually have a blend of subtle spots and stripes, with males having short manes. 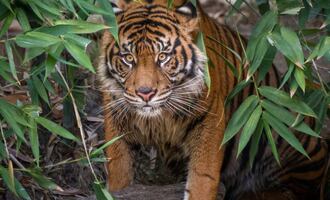 For us single humans out there, finding a special someone for Valentine’s Day can be a challenge. But What about if you’re one of only 400 Sumatran tigers left in the world? Compared to millions of Tinder accounts out there, Sumatran tigers have it pretty tough. ©L.A.